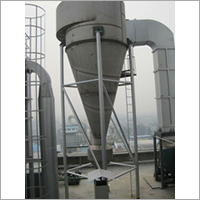 Our cyclone dust collector is particularly intended for high residue load, temperature, and applications that require item recuperation. It is outfitted with a mechanical separator that depends on the radial power for dispensing with high volume and expansive residue from all the modern applications. Besides, it is considered an affordable answer for cooking different issues of residue gathering. This cyclone dust collector can be utilized autonomously or as a pre-cleaner or with pack channel assembly, contingent on the necessity.

The provided cyclone dust collector has the cone with a rearranged cone shape. Introduce intelligent screen at the base of the cone. The separation from the mass to the cone center continuously expanded, it keeps the residue wind stream move from cone focus to debilitate pipe specifically. The intelligent screen can make the isolated residue fall into fiery remains container through a ring hole between the intelligent screen and the cone. Successfully keep the ascent of cleaned gas roll away the residue. Therefore, our cyclone dust collector enhances the residue evacuation effectiveness. MBK dust expulsion has a vast powder container, in light of the fact that the residue takes gas and pivots into the fiery debris container from the base of the cone, the lower the slag surface, the less the residue content with the low gas stream. 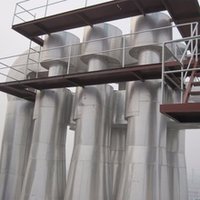